Justin Bieber and Orlando Bloom nearly came to blows at a restaurant in Spanish Ibiza. Now, Bieber is poking fun at the movie star by posting a picture of a teary-eyed Bloom on social media. 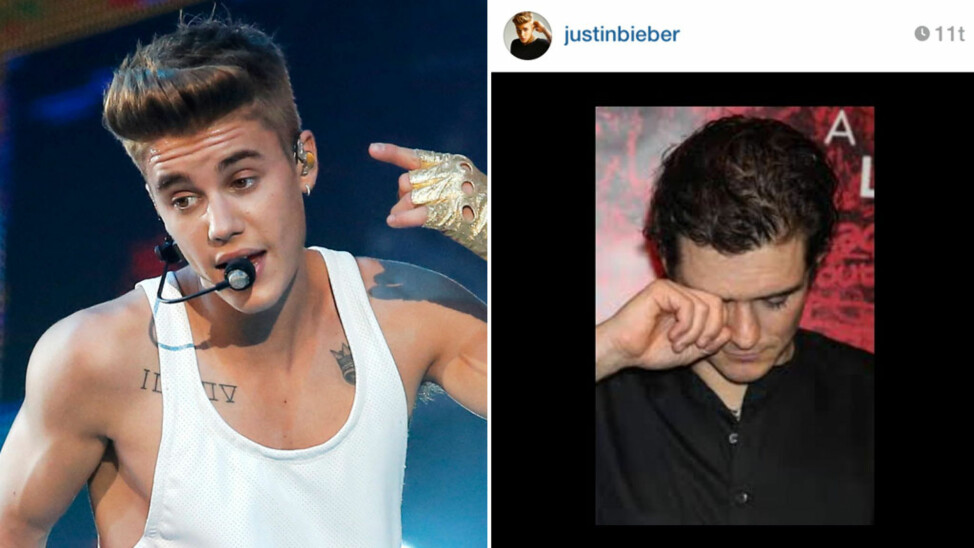 This week, pop star Justin Bieber made ​​headlines again after he and actor Orlando Bloom had a brief tussle in a restaurant on the Spanish Island of Ibiza Tuesday night.

According to TMZ, Bieber shouted, “What’s up, bitch?” to Bloom, leading him to take a swing at the singer. A number of spectators witnessed the altercation, but no one was able to confirm Bieber’s suffering any physical injury.  The pop idol has since taken to social media to mock the actor, by posting a photo of a supposedly tearful Bloom to Instagram.

Over half a million people have already clicked the photo’s “like” button. However, opinion is divided as to whether the image is funny or not.

“It’s very stupid Justin … you are thinking that you are a boss now ? :(,“ says another.